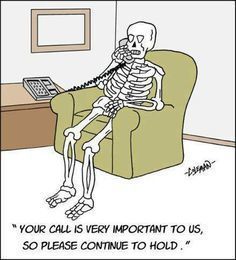 There’s nothing I dread more these days than having to make a customer service call. Just overhearing a friend on a 53-minute service call to Air Canada for tracking down a seemingly “lost” booking was painful enough to prompt me to pen this post. In today’s Whatsapp-dominated world, why are we still stuck with long hold times with elevator music?  Is there anything more annoying than having to read and correct names, addresses and credit card numbers over the phone?

I find it curious why email hasn’t become the favored medium for customer support. One thought is that the long-form nature of email makes it less than ideal for resolving user issues. It’d be great if users always wrote in with a succinct description of the issue they’re looking to resolve, along with all relevant supporting information. However, the process of resolving a customer issue often requires a back-and-forth conversation between the agent and the user to narrow the issues, identify possible solutions, and obtain the requisite information to provide a resolution. Email isn't great for conversations, as threads become unwieldy after about a dozen or so replies.

Messaging, whether by SMS or through an app, seems to be a great medium for customer support and getting resolution to edge-case issues that can't be handled by automated systems. Transmitting data like names, addresses, account and booking numbers and credit card data is much, much easier. (You’ll truly understand my pain when you note that I have a “u” and a “double-u” consecutively my first name.) You can also easily attach photos and screenshots of supporting documentation.

There’s also a certain user expectation of “synchronous, but-not-really” associated with text-messaging. It allows either party to do further reserach or collect information without tying up the other, while also allowing for rapid-fire communication when necessary. There’s also an expectation of brevity that makes messaging a better medium than email. By design of the medium, users cannot fit essays into a message — they are forced to present their issues one at a time, in short snippets.

The primary benefit to companies would, of course, be happier users. It’s also quite possible that their staff members will be able to process issues much quicker, although one might argue that their current approach reduces queue length merely through user-attrition. (But certainly, that can’t be a valid strategy?) Having conversations on-record helps companies audit and train agents much better, as well as quickly gain customer insight.

So why haven’t companies all flocked to this medium? Tools like Sendhub are becoming more widely available. Are companies simply not aware of these options? Do they need help in getting processes and systems in place to support support-by-text?  Are there any weird incentives I simply failed to consider?

For those looking for a comprehensive overview of Bitcoin and surrounding issues, this recently-released report by Goldman Sachs is a pretty decent place to start. The report is a compilation of essays and interviews with proponents and skeptics from the fields of economics, finance and technology, including University of Chicago Law School’s Eric Posner (son of Richard Posner) and Coinbase co-founder Fred Ehrsam.

Most of the pieces presented rational arguments, but one in particular prompted me to pen a response. Goldman Sachs partner and head of Commodities Research, Jeff Currie, writes in a report entitled “Bullion bests bitcoin, not Bitcoin” that, as a commodity, Bitcoin is unlikely to replace gold because it doesn’t solve any economic problems that gold doesn’t already solve.

Currie concludes, in short, no.

He attempts to answer the question of whether Bitcoin makes a worthy challenger to gold by comparing them on the basis of stability, storage and portability, coming to the conclusion that “on net, we find that bitcoin is easier to store and transport and is potentially more difficult to counterfeit, but it is not nearly as stable.”

I wholeheartedly agree with Currie’s notion that that a competing product or technology generally needs to be better than its predecessor by a significant factor to overcome switching costs. There are issues with his analysis on the factors he identified, but my biggest issue with his analysis is that he simply simply failed to observe two of the most important attributes of Bitcoin that make it a formidable challenger to gold: (a) accessibility and (b) utility.

Like the internet itself, Bitcoin is a democratic technology accessible to all. It is “accessible” in the sense that, accounting for certain limits imposed by the current banking system, it is possible for anyone in the world who has access to the internet to own Bitcoin. It is also “accessible” in the sense that it is easy, and becoming easier, for ordinary consumers to purchase and store Bitcoin and use it as a value store.

Currie also glosses over one of the most critical attributes of Bitcoin, that it is inherently “useful” as a digital payments solution. How Bitcoin will be used as a payments system is a question that is deserving of another essay in itself, but clearly there is tremendous potential in a technology that allows for one person to securely transmit payment instantly anywhere through the internet.

Currie’s report highlights a recurring issue I see with Bitcoin analysis — experts are too eager to jump to conclusions. As a concept and developing technology, Bitcoin is complex and multi-faceted. Attempting to predict its future or compare it to existing commodities or technologies is difficult, much like someone in 1993 trying to predict the future of the internet. Instead, I argue that it’s much more useful for the discourse to continue on identifying and exploring Bitcoins strengths and weaknesses.

At its core, BitCoin is unbelievably simple: a ledger of account, no different than an Excel file, distributed across millions of computers, kept honest through offering rewards for protecting the ledger’s integrity. There’s really no such thing as a BitCoin, just a row in that ledger that says “1.23456", and only the holder(s) of the key for that row can send a portion of that number to a different row. Like with any form of money, any value derived from that ledger is purely a product of collective belief.

BitCoin is roughly at the place where Mosaic was in the early 90s. The real story isn’t about BTC becoming the new world currency; it’s a technological and sociological prototype of a new type of distributed application which has only barely begun to be explored.

You can't connect the dots looking forward you can only connect them looking backwards. So you have to trust that the dots will somehow connect in your future. You have to trust in something: your gut, destiny, life, karma, whatever. Because believing that the dots will connect down the road will give you the confidence to follow your heart, even when it leads you off the well worn path.

Browsing YouTube tonight, I was struck by the amazing quality of covers.  And this was just for one song.  At the advent of the self-publishing era, it was easy to be cynical about the quality of "amateur" content.  Geocities, MySpace, anyone?  It's clear not everyone has great design or artistic sense.

Proponents of the "crowd" as content creators have pointed that tools have allowed massive amounts of information to be published quickly (leaving the headache of making sense of it all to algorithms or crowdsourcing - or, in some cases, just resulting in confusion).  That's not the only benefit of crowd content creation, however.  Tools have also allowed for talented "amateurs" to quickly and cheaply craft stunningly beautiful content, sometimes just on their Macbooks.

The growing tide of mass market content creation has simply amplified the abilities and efforts of those already with talent and dedication, and it's a treat to watch.

“Remembering that I'll be dead soon is the most important tool I've ever encountered to help me make the big choices in life.

Almost everything--all external expectations, all pride, all fear of embarrassment or failure--these things just fall away in the face of death, leaving only what is truly important.

Remembering that you are going to die is the best way I know to avoid the trap of thinking you have something to lose. You are already naked. There is no reason not to follow your heart.

No one wants to die. Even people who want to go to heaven don't want to die to get there. And yet, death is the destination we all share. No one has ever escaped it, and that is how it should be, because death is very likely the single best invention of life. It's life's change agent. It clears out the old to make way for the new.”

Euwyn is Co-Founder and President at Spin and Partner at Exponent. He previously founded Opzi, a TechCrunch Disrupt-finalist startup funded by Y Combinator, SV Angel and First Round Capital. Prior to startups, he practiced M&A law at Simpson Thacher & Bartlett, LLP in New York City, where his corporate representations included EA in its offer for Take-Two, KKR, Blackstone and First Reserve Corporation. He earned a BA in computer science from Cornell University at 18, and received his JD from Cornell Law School, where he was a member of the Cornell Law Review.